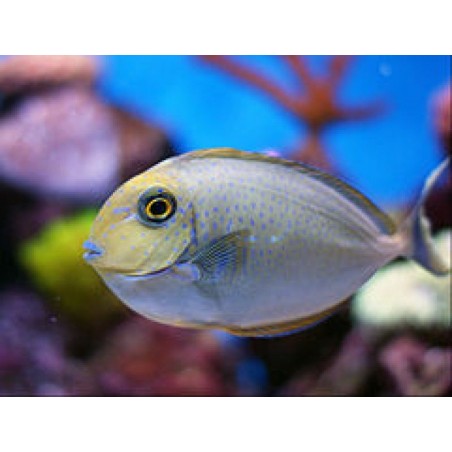 Our juvenile Solomon Island Vlamingi tang, Naso vlamingi, was collected from the ocean as a young juvenile fish and raised in captivity.

The adult Vlamingi tang requires a tank. It is a herbivore and benefits from foods that include algae or supplemental algae sheet feedings. This fish is peaceful as long as it is the only Vlamingi tang in the tank. It is reef safe.

The benefits of buying this captive raised fish is that it less likely to have been exposed to disease or parasites. It was raised in a captive system so there is no adjustment period to living in a tank. It was captive raised by Sustainable Aquatics in Tennesee.

This fish is guaranteed for live arrival.