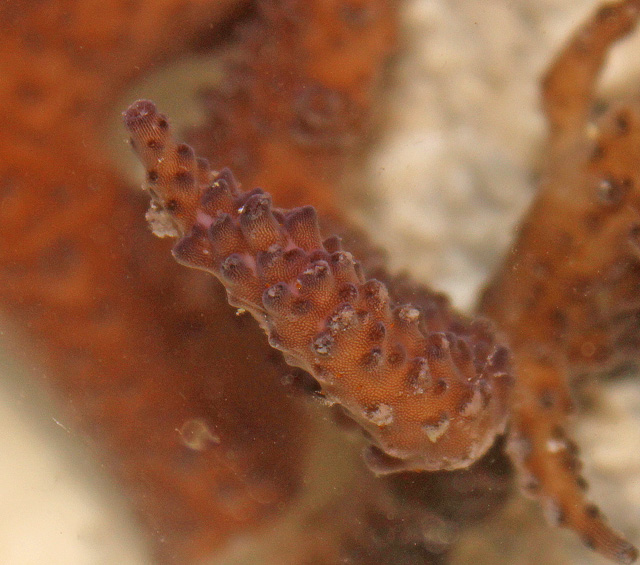 Most saltwater hobbyists will deal with pests</a > at some point. Maybe they traded coral frags with a friend. Maybe they bought wild collected corals and failed to quarantine or treat it. Whatever the reason, some reef aquariums with acropora species of corals may become infested with a pest commonly called red bugs. These red bugs feed on smooth skinned Acropora spp.</a > such as A. granulosa, A. tortuosa, A. caroliniana, and A. echinata. Red bugs do not always kill the coral on which they live. But they can affect growth rate and overall health. It is also considered a bad practice to knowingly trade or sell infested corals to other hobbyists without first explaining the issue. Please scroll down to skip to the treatment. 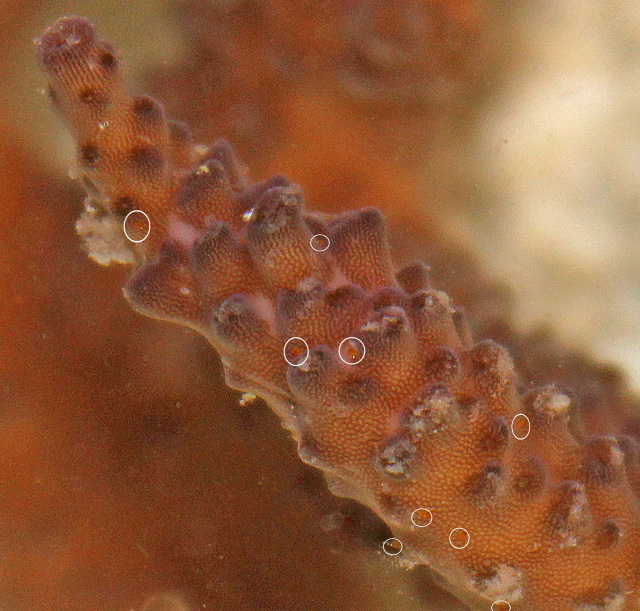 Red bugs are actually Tegastes acroporanus, a species of copepod (crustacean). They are in the phylum Arthropoda, subphylum Crustacea, class Maxillopda, subclass Copepoda, order Harpacticoida, family Tegastidae, and genus Tegastes. Most copepods are beneficial to your reef system, oftentimes providing an important food source for other invertebrates and fish, like Mandarin dragonets</a >. In contrast, T. acroporanus can be harmful to some of your acros and prevent them from thriving. Tegastes spp. are harpacticoida copepods that look more like amphipods than copepods. Their bodies are laterally compressed, and they have short primary antennae, followed by secondary biramos (branched) antennae. In other copepods, the first antennae are conspicuously long. In their larval form, called a naupilus, they have a mandible that looks like a claw. Tegastes spp. are benthic creatures, meaning they stay to the lowest level of a body of water. Other than a couple of species found near hydrothermal vents, they are found only in shallow waters around the world. These associate with other organisms, such as algae, bryozoans, or corals. You can see other Tegastes spp. under a microscope in pictures found the following scientific article here</a >. T. acroporanus specifically associates with Acropora spp. and are red in color. 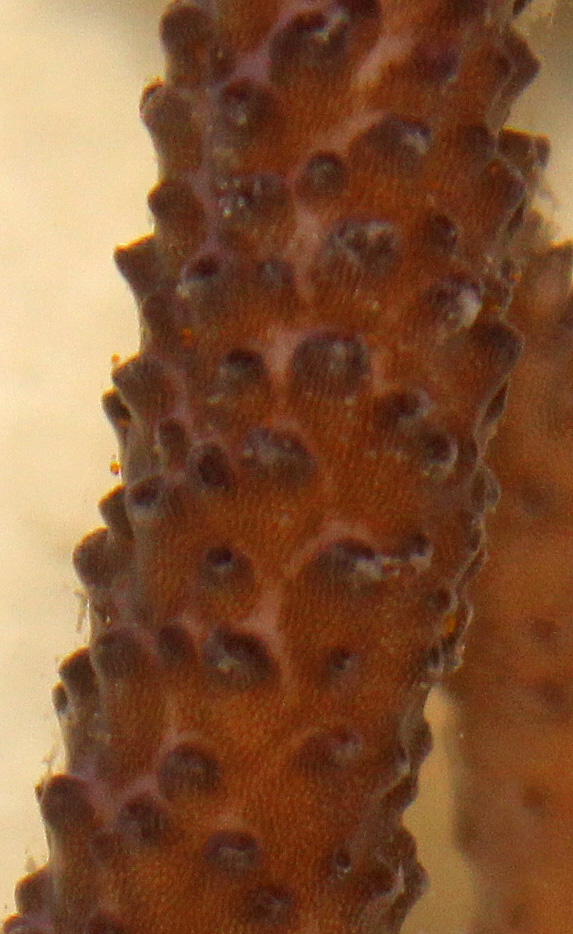 The chemical commonly used for treatment is called Interceptor, which is a prescription medication for dogs. It is used to treat for heartworms, hookworms, roundworms, and whipworms. The active ingredient in Interceptor is Milbemycin oxime</a >. It is considered to be a broad spectrum parasitic, as it is effective against not just worms, but also insects, mites, nematodes, and other invertebrates like copepods. Specifically, Milbemycin oxime opens chloride channels in nerve and muscle cells (neurons and myocytes) in many invertebrates. This effectively stops all signal transfers in these cells, killing the invertebrates.

Since Interceptor may also kill invertebrates</a > like shrimp, crabs, and plankton it is best to treat the affected acropora corals outside of your reef tank in a quarantine tank. If this is not possible, prior to treatment, you will want to remove beneficial invertebrates from your system. Of course, your plankton population</a > should rebound with time. Some saltwater hobbyists add fresh macro algae to their sump when the treatments are completed to jump start this process.

The following treatment is recommended after you thoroughly research the use of any chemical treatment in your tank prior to use to understand the benefits and possible drawbacks.

Interceptor tablets used are for large dogs, weighing 51-100 pounds. Boxes of the medication come in packs of 6, each tablet weighing almost 1 gram. You will need to ask your veterinarian for the prescription.

This will take at least 6 hours. It is recommended to use a minimum of 3 treatments, 1 week apart. Use 25mg per 10 gallons of aquarium water. Make sure to account for water displacement from your rocks and substrate. Include the water in your sump and plumbing. Each tablet, when ground, treats 380 gallons. Grind the tablets to a fine power, preferably using a mortar and pestle. When possible, use a scale that measures to 0.001 grams to ensure accuracy. Measure out the powder onto the scale, and be as accurate as possible. Remember, it is just 25mg per 10 gallons of water.

Treatment in a quarantine tank:

If you have obtained a new acro, or would like to treat corals outside of your system to avoid harming your invertebrates, you can adjust this treatment for a quarantine tank.

This will also take at least 6 hours. It is recommended to use a minimum of 3 treatments, 1 week apart. Use 25mg of ground Interceptor per 10 gallons of aquarium water. Some experts online have even adapted this for as little as a gallon and a half of water. Grind the tablets to a fine power, preferably using a mortar and pestle. When possible, use a scale that measures to 0.001 grams to ensure accuracy. Measure out the powder onto the scale, and be as accurate as possible. Remember, it is just 25mg per 10 gallons of water. 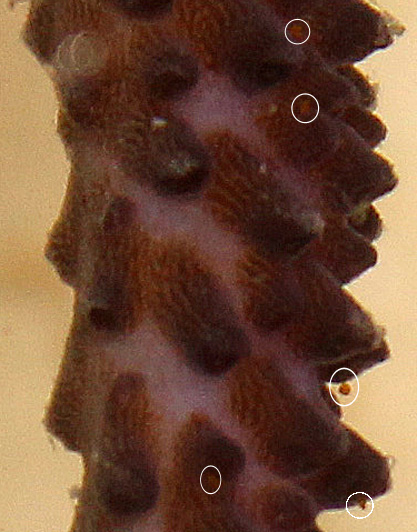