Overview of Echinoderms at Salty Underground

They have radial symmetry (their many equal parts radiate out from the center like spokes of a wheel) just like Cnidarians (Corals and Anemones). 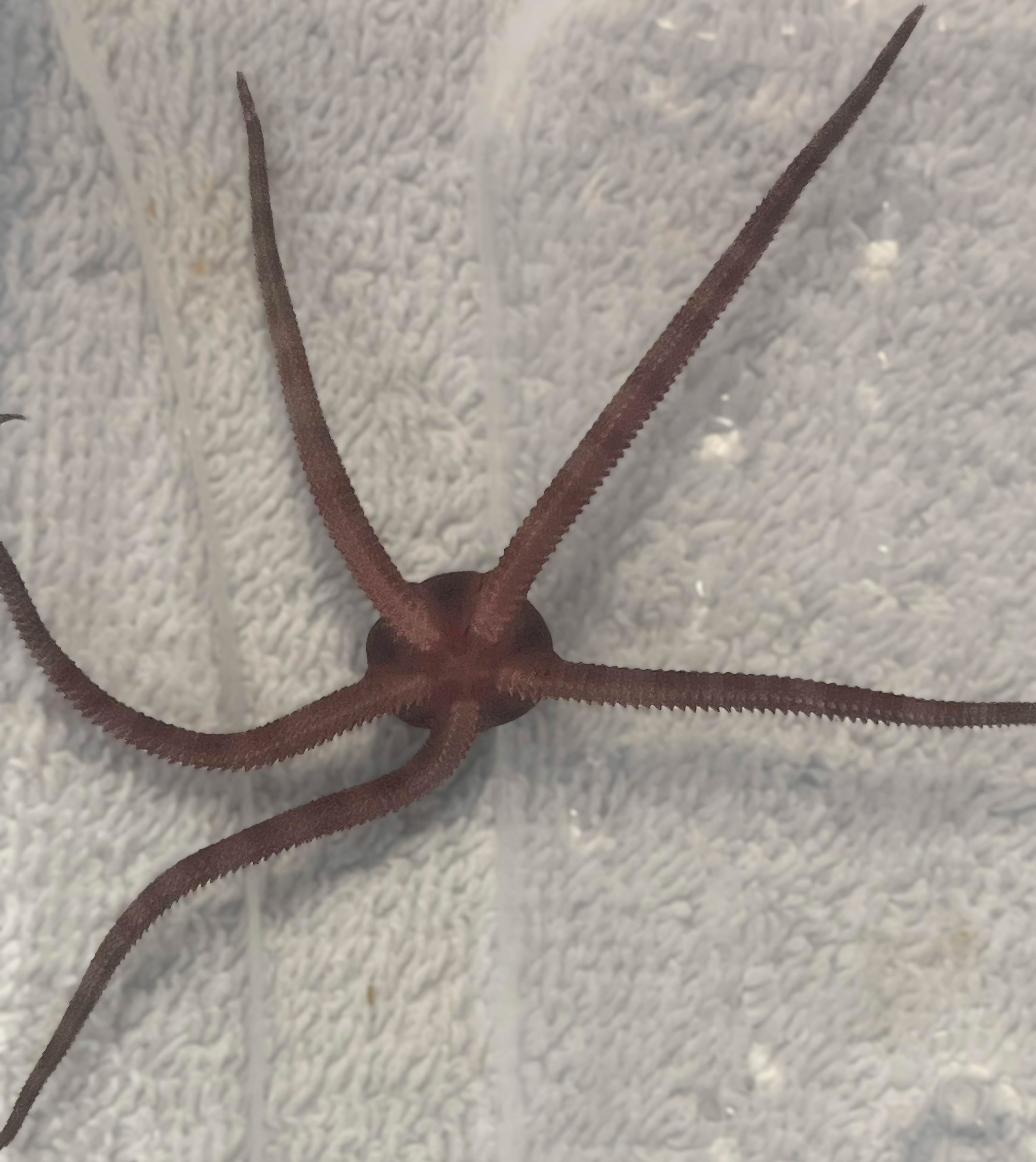 Their symmetry involves multiples of five at some point in their life stage.

For example, we are used to seeing sea stars with 5 arms, but some species can have as many as 50. Echinoderms come in a variety of colors, most rather vivid. Some of the pigments are photosensitive, and will change colors depending on light. Some sea urchins, for example, can change their coloration in under an hour. Additionally, most echinoderms have outstanding abilities of regeneration.

For example, sea cucumbers will discharge their internal organs when stressed, and grow them back quickly later. Some sea stars restore lost arms, and some lost arms can generate a new body!

Echinoderms are important ecologically. Although they are found basically everywhere in the ocean, (echinoderms are the largest group to populate the deep sea), they have greater biodiversity in coral reefs. Some studies have shown reefs to be destroyed or overcome by seaweed when echinoderms have been wiped out in an ecosystem.

The feeding behavior of sea urchins slows the colonization of bare rock while star fish and brittle stars help with algae mats. Sea urchins can also tunnel into rock, loosing nutrients into the ocean.

Here are the Saltwater inverts for sale

(Asteroidea) have five or more arms, with tube feet on the underside. They stick to rocks or creep around on their tube feet. They commonly eat clams and oysters. After they grip the shell, sea stars turn their mouth inside out to reach inside the shell. Then, they digest the mollusks inside their own shell by secreting digestive fluids.

You can shop Salty Underground Sea Stars for sale here

Black and White Brittle Star (Ophiuroidea)have no tube feet, and their arms are more mobile than sea stars. Their central disk is also more distinct than that of sea stars.

Some brittle stars are suspension feeders, some are scavengers, and some are predators. Be careful using them in you reef aquarium. Make sure you know the feeding habits of the species you are interested in since some can be very predatory and eat your fish!

(Echinoidea) might not have arms like the star fish, but they do have five rows of tube feet. Sea urchins as rounded and covered with spines while sand dollars are shaped like their namesake, a dollar coin. Sea urchins use their feet to move food to their mouth as well.

Additionally, they will use their spines for locomotion. Those same spines are only loosely connected to their bodies and are easily regenerated. 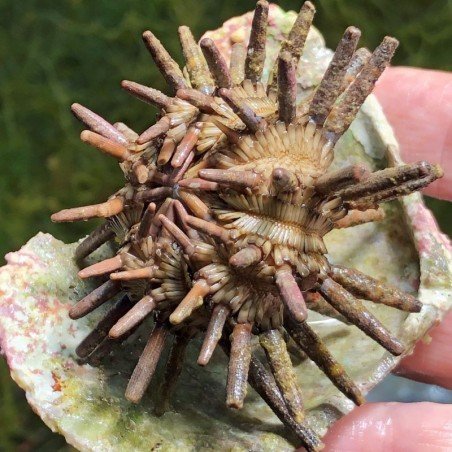 (Crinoidea) specialize in suspension feeding. The sea lilies are attached to the substrate while feather stars will crawl around on their arms. Fossils of sea lilies from over 500 million years ago are much the same as those found today.

Sea Cucumber (Holothuria floridana) (Holothuroidea) don't really resemble the rest of the echinoderms but their long, barrel shaped body still has the fivefold radial symmetry, water vascular system, and five rows of tube feet. Their endoskeleton is also not as hard.

Some of their tube feet have been modified to aid in feeding, taking the shape of tentacles. A number of sea cucumbers will attach to fish to move about and can also be found free floating. They are especially common dwelling at the bottom of the ocean, digging deep into the substrate. 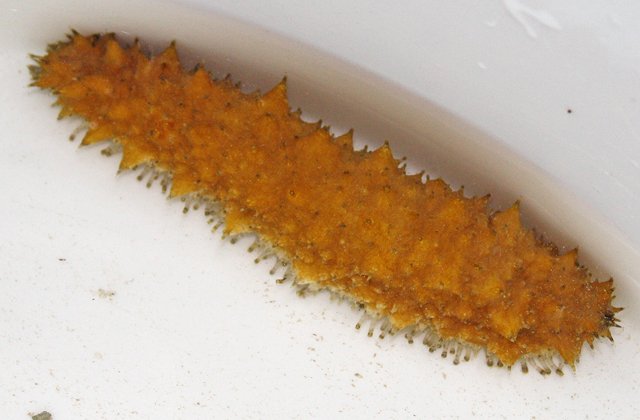 (Concentricycloidea) live only in the deep sea on sunken, waterlogged wood. These were only discovered in 1986. In 2006, they were merged with the Sea Stars in Class Asteroidea.

They are currently found in only three places in the deep ocean: off the coast of New Zealand, in the Bahamas, and in the north central Pacific.