Most aquarists fight algae at some point during the life cycle of their saltwater reef aquarium. You might experience algae on your aquarium sides, encrusted on your live rock, other decorations, or free floating in the aquarium. There are many types of algae, and not all are bad. Some are even quite pretty. In fact, if your aquarium cannot support the growth of algae, there is most likely something wrong with your water quality or balance in your aquarium. Below, you will find a brief description of the types of marine algae, how to prevent nuisance algae, and the benefits of macroalgae. Please scroll down if you would like to skip the classification of algae and would only like to learn about controlling it.

“Algae” is a term used to describe photosynthetic organisms. They can range from the unicellular forms (single celled algae) to multicellular forms (like seaweed). These are not vascular like plants. They lack roots, rhizomes, organs, and leaves (although they will simulate the appearance of leaves). Almost all algae are photosynthetic, and will produce oxygen as a byproduct. Some will also take up dissolved organic carbon from the aquarium water.

Dinoflagellates are components of phytoplankton. Not only do they make up the planktonic community as the main food source for coral reefs, but they also can be the zooxanthellae that live inside Cnidarians like corals and tridacnid clams. Typically, dinoflagellate algae are not a nuisance, but some are toxic. Pfiesteria piscicida will bloom, stun fish, and then feed on their bodies. Amyloodinium causes “Marine Velvet</a >”, an infectious disease.

Diatoms (Bacillariophyta) are single celled algae. They can be brown or golden in color. Though you will typically notice them on an aquarium wall, there may be millions in a bucket full of marine water (both in nature and in your aquarium). These can glide on a surface on through water by movement of its cell membrane or change its position vertically in the tank by changing its buoyancy. They will typically gravitate towards the water's surface in daytime. These are not considered to be “bad” algae as they compete with cyanobacteria, produce oxygen, and recycle nutrients. Interestingly, the buildup of the sediment of fossilized diatoms cause diatomaceous earth, which is commonly mined for filtering medium (just like in your aquarium!), cat litter, an abrasive, insulation, insecticides, and as an ingredient in dynamite.

Golden Algae (Chrysophyta) are typically unicellular, with two flagella on one end of the cell. They live among plankton, and are often polytrophic (they take up nutrients in more than one way) through photosynthesis, direct absorption of dissolved organic matter, and by eating bacteria and other food particles. Some golden algae are colonial, like Dinobryon, but few are marine species. 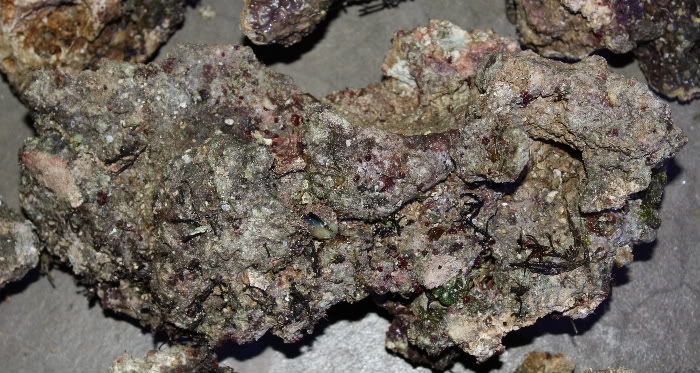 Brown Algae (Phaophtya) are almost all marine species and are all multicellular. The largest seaweeds are all brown algae (smaller varieties are found in red and green algae). These are more common in cooler, temperate marine waters. Some brown algae may encrust on your aquarium's live rock. Kelp, brown algae, have stipes (stem like structures) that may extend up to 60 meters. Algin, found in the cell walls, is often commercially extracted to be used as a thickening agent in puddings, lubricants, and salad dressings. Also, the brown algae Laminaria is used in a Japanese soup. Seaweed is also used as a fertilizer in Ireland and Wales.

Red Algae (Rhodophyta) never posses flagellate forms. These obtain their red color due to their pigment phycoerythrin. Because phycoerythrin can be in different densities, red algae can be black, red, or even blue and green. These are more commonly found in warmer, tropical marine waters, but some species thrive in fresh or cooler waters as well. Almost all red algae are multicellular and will usually have a leafy or feathery form. The red algae Porphyra are used by the Japanese to wrap sushi. Coralline algae, typically lavendar in color, commonly encrusts over live rock. 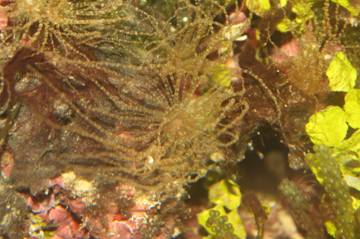 Green Algae (Chlorophyta) are the algae closest to the plant kingdom. These are the most common form of algae in the home aquarium, and can be flagellated and unicellular, as well as multicellular, and colonial. Pond scum, green filamentous algae, is green algae. They will also have more complex forms, like that seen in sea lettuce (Ulva).

Blue green algae should be avoided in your reef aquarium. Cyanobacteria can produce toxic byproducts other than oxygen which may poison your reef inhabitants. You can spot these by their typical slimy texture, and they are usually red, brown, or black. They may sometimes be a turquoise color, giving it the “blue green” algae name. In nature, you may see blooms of blue green algae in lagoons, ponds, and lakes. They commonly will bloom in stagnant waters, or waters that have too much fertilizer or pollution, like in a farm pond with fertilizer run off. In your aquarium, overfeeding, lack of aeration, circulation, and regular maintenance such as water changes may encourage the growth of cyanobacteria.

One of the major ways to avoid nuisance algae blooms are not to overfeed. Many aquarists make the mistake of “feeding” their corals, when many corals thrive without direct feeding. Often, corals rely on their zooxanthellae or the planktonic community for nutrients, so additives can actually harm your water quality.

Ensure you have the proper circulation and current strength for your aquarium. These are not the same thing. You might have only one power head, and hence flow in only one direction. Salty Underground often has success with more than one pump or powerhead in an aquarium. Placement usually creates a swirling motion in the aquarium to prevent water stagnation in any point of the aquarium. 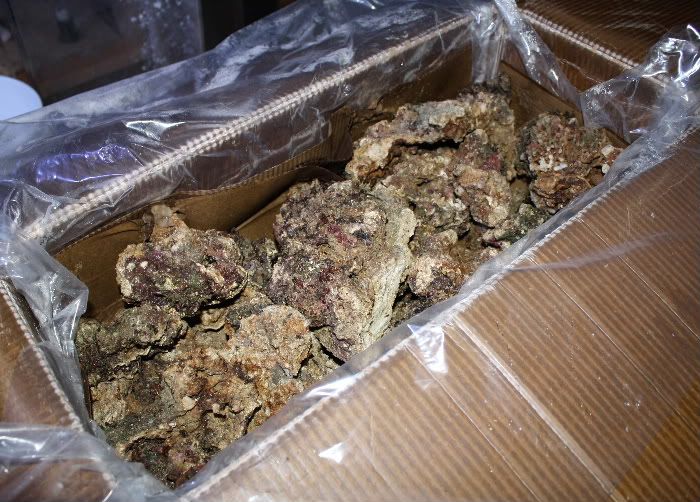 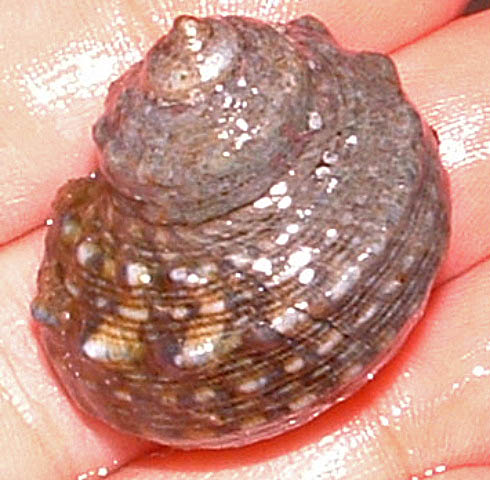 A fun method of algae control includes the introduction of invertebrates to “graze” on the nuisance algae. Some popular invertebrates are snails, including Turbo, Astraea, Cerithium, and Nerita snails. By far, snails are the most widely used to combat algae growth. Other options include sea urchins and sea stars which help with algal mats. In fact, most echinoderms are helpful with algae control. Another partner to consider is the hermit crab. 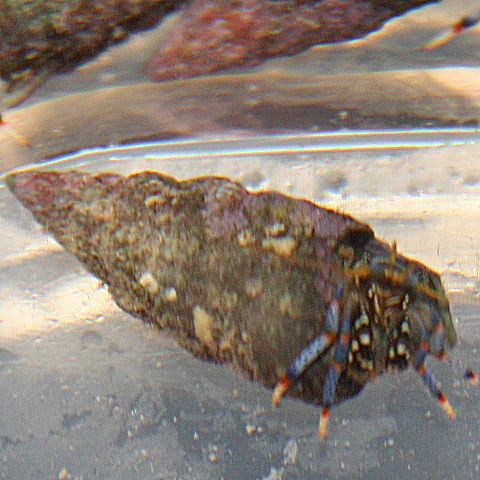 Blue legged hermit crabs particularly like to feed on cyanobacteria, seaweed, and filamentous green algae (hair algae). They will also clean up the rotting detritus from plants and animals.

Growing macroalgae</a > will also help prevent the growth of microalgae. They will compete with the “bad” algae for space, light, and nutrients. Some aquarists keep their macroalgae separated from their corals by either keeping them in their own aquarium (refugium) or by regularly trimming them in the main tank. If your fish and invertebrates are herbivores, they will also benefit from the macroalgae by having it continuously available. Additionally, macroalgae act as a biofilter, improving the quality of water. They provide a unique habitat for the microfauna of the aquarium as well, in the form of amphipods and copepods, as well as many others.

Please visit this article for more information about the various types of macroalgae and how to grow it.

Dakin, N. (1992). The Macmillan Book of the Marine Aquarium: a definitive reference to more than 300 marine fish and invertebrate species and how to establish and maintain a reef aquarium. </em >New York, NY: Macmillan Publishing Company.