Favia corals are fairly common LPS coral in a lot of reef aquariums and in nature. Some of the species most often found are Favia rosaria, Favia matthaii, Favia lizardensis, Favia stelligera, and many others. The common names for Favia corals include, moon coral, green moon coral, pineapple coral, brain coral, closed brain coral, and star coral. They are in the Faviidae family of corals.

Favia corals have a large round like or dome like shaped colonies. Favia coral colorations are frequently green, yellow and brown but can also be found in other colors or a mix of colors like orange, blue, and red. Actinic lights will also help bring out the color in Favia corals. 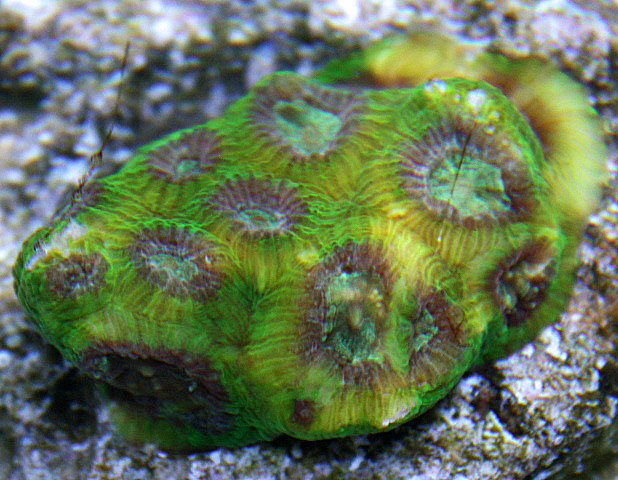 Favia corals come from a very large range of depths and habitats so placement, flow, and lighting will need to be experimented with a little in the reef aquarium. One good thing that makes their captivity in the home aquarium easier is that they are fairly hardy. This also makes them an ideal beginner coral.

The general lighting for Favia coral should be moderate to bright light. I have found my best success with most Favia corals under moderate lighting. An example of this is that I maintain one 150 gallon cube aquarium with T5HO lighting. In this aquarium, I have a Favia coral placed about half way down in the aquarium that is doing great!

The current for a Favia corals should be a moderate flow. To strong of a flow will inhibit polyp expansion and can possibly damage the coral. I have found that a circular flow pattern in the aquarium works best with most corals and very well with Favia species. You would place the live coral just inside the circular flow so it does not get direct current but gets a good lifting effect around it. More information about creating good current in the reef aquarium can be found here.

Favia coral do not have to be fed but feeding will help speed the growth of this live coral. Favia corals can catch food particles in the aquarium when their tentacles are out and this is also the best time to feed the coral if desired. Most meaty fish foods like krill, mysis, and brine shrimp will work. The pieces of food for the Favia corals will need to be small enough for the coral polyp to pull in. Having small pieces of food will also allow the coral polyp to pull the food in fast enough that hopefully something like a cleaner shrimp or interested fish will not steal it.

Favia corals have a large coral skeleton and can use a lot of calcium so keep an eye on the levels to ensure that it has enough calcium for good growth. Having a higher than normal level of calcium in the aquarium will not help the coral grow any faster but will cause other problems like not being able to keep KH at the desired levels. I try to keep the calcium levels between 400ppm and 420ppm and KH around 8. Having a calcium reactor can really help in keeping a stable calcium level and will even help KH levels in the reef aquarium. As far as trace elements, doing regular water changes will help replace the trace elements that the Favia coral may need for good growth.

Favia corals are excellent hardy corals for any reef aquarium. They are plentiful in nature, so there is little impact from their collection and they can also be propagated in captive care for other aquarist to enjoy their beauty. 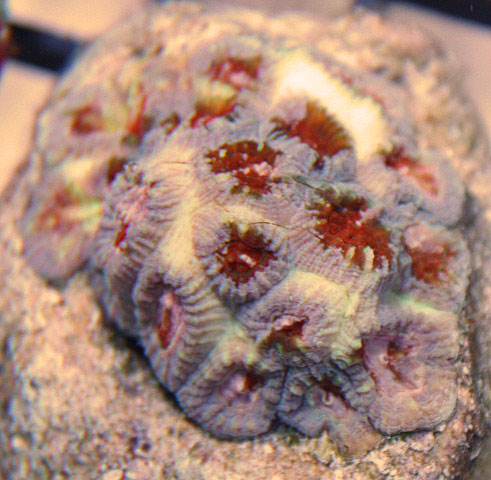 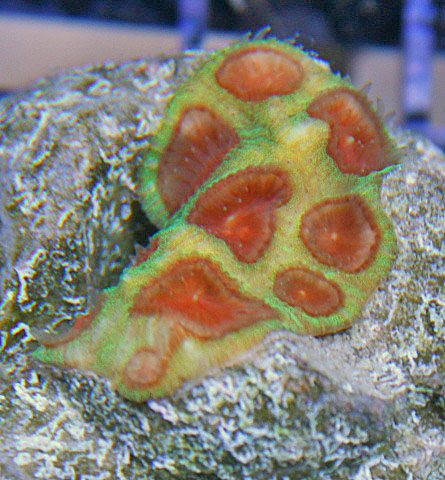