Coral reefs are large structures made of limestone deposited by living animals. These corals are not plants but a colony of very small animals. These animals are the polyps that make up the coral. Only a fraction of the animals that live on a reef produce the limestone that make it larger.

Coral reefs support approximately 25 percent of all known marine species and are like an underwater jungle containing more than 4,000 species of fish, 700 species of coral, and thousands of other plants and animals.

Stony corals are the most important reef-building organisms which created and grow it. 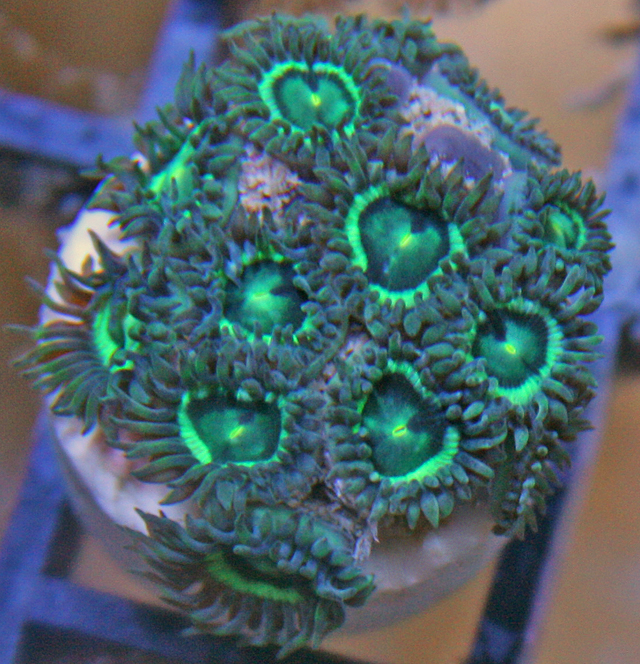 Soft corals such as Gorgonians, Button polyps, and others are soft and bendable and appear more like a plant than an animal. These corals do not have stony skeletons but have a fleshy soft body.

How old are coral reefs?

The geological record indicates that ancestors of modern coral reef ecosystems were formed at least 240 million years ago. The coral reefs existing today began growing as early as 50 million years ago. Most established coral reefs are between 5,000 and 10,000 years old. Although size sometimes indicates the age of a coral reef, this is not always true. Different species of coral grow at different rates depending on water temperature, oxygen level, amount of turbulence, and availability of food.

The world's first coral reefs occurred about 500 million years ago, and the first close relatives of modern corals developed in southern Europe about 230 million years ago. By comparison, the Great Barrier Reef is relatively young at just 500,000 years old. The current reef's structure is much younger at less than around 8,000 years old.

Most modern reefs have formed on hard surfaces in the ocean, such as a base of an old reef that died during a period when sea level was lower, or the edge of a rocky island. Depending on how they start out, several types of reefs can form. Some coral reefs form in the deep ocean and are called atolls. The theories on how coral reefs form were first put forward by Charles Darwin who proposed that atolls form around the edges of high volcanic islands that gradually submerge beneath the sea with changes in sea level or subsidence of the land. Thus an atoll starts life as a fringing reef, then becomes more of a ring growing on the shrinking land-mass, until the land disappears and just the coral circle remains. In some cases, the coral growth is unable to keep pace with the sinking island, and sunken dead reefs have been found.

How long does it take for coral to grow? 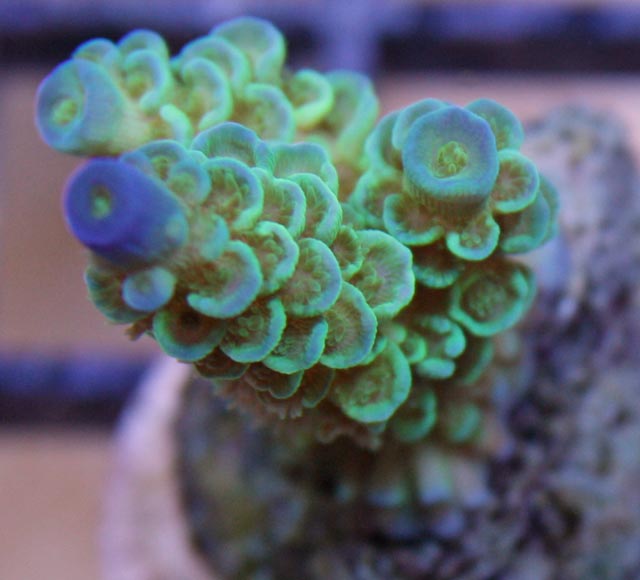 Corals grow at different rates depending on water temperature, salinity, turbulence, and the availability of food. The massive corals are the slowest growing species, adding between 5 and 25 millimeters (0.2–1 inch) per year to their length. Branching and Staghorn corals can grow much faster, adding as much as 20 centimeters (8 inches) to their branches each year.

How do corals get their shape?

The variety of coral shapes and sizes largely depends on the species. Some corals form hard and pointed shapes, while others form soft and rounded shapes. The shape of coral colonies also depends on the location of the coral. For example, in areas with strong waves corals tend to grow into robust mounds or flattened shapes. In more sheltered areas, the same species may grow into more intricate shapes with delicate branching patterns.

How do coral polyps eat?

Coral polyps eat in two different ways according to the species. Many coral polyps are nourished by a tiny algae called zooxanthellae (pronounced zo-zan-THEL-ee). The algae live within the coral polyps, using sunlight to make sugar for energy just like plants. Zooxanthellae process the waste of the polyp to retain important nutrients and in turn provide the polyp with 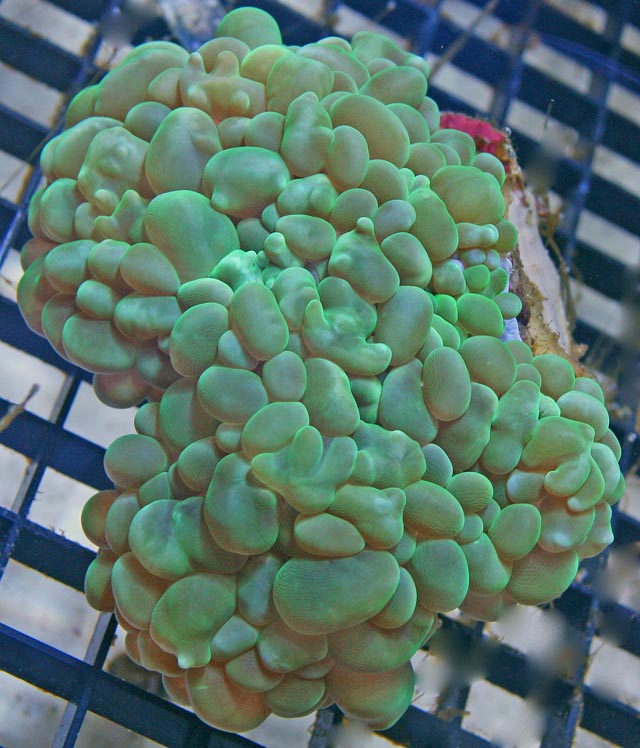 oxygen. Meanwhile, the coral polyps provide the algae with carbon dioxide and a safe, protected home. Zooxanthellae living within the tissue of hard corals can supply them with up to 98 percent of their nutritional needs.

Another way that corals eat is by catching tiny floating animals known as zooplankton. At night , coral polyps come out of their skeletons to feed, making the reef look like a wall of hungry mouths. The polyps stretch out their long, stinging tentacles to capture the zooplankton that are floating by. The captured plankton are then put into the polyps' mouths and digested in their stomachs.

How do corals get their color?

Most coral polyps have clear bodies and their skeletons are white, like human bones. Generally, their brilliant color comes from the zooxanthellae living inside their tissues. Several million zooxanthellae live and produce pigments in just one square inch of coral. These pigments are visible through the clear body of the polyp and are what gives coral its beautiful color.

How do corals reproduce?

Coral reproductive methods vary according to the species. Some species, such as Brain and Star corals, are hermaphrodites, meaning they produce both sperm and eggs at the same time. Other corals, such as Elkhorn and Boulder corals, are gonochoric, meaning that they produce single-sex colonies. In these species, all of the polyps in one colony produce only sperm, and all of the polyps in another colony produce only eggs.

Coral larvae are formed in two different ways. The larvae are either (1) fertilized within the body of a polyp or (2) fertilized outside of the polyp's body in the water. Fertilization of an egg within the body of a coral polyp is achieved from sperm that is released through the mouth of another polyp. The sperm and egg merge and form a planula larva, which matures inside the body of its mother. When the larva is ready, it gets spit out into the water through the mouth of its mother.